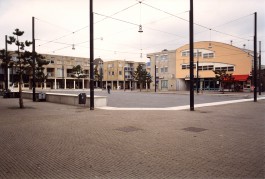 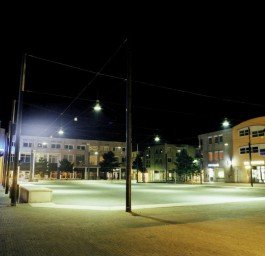 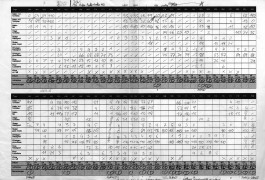 controlled atmosphere #10 RESITE is a sound installation conceived for the outdoor shopping area of Zeewolde, a small town in the Netherlands. The piece was part of an international group show of public art. Shortly before that, the shop owners had organized a survey with the result that benches, trees and a speaker system pumping Muzak during business hours got installed to improve the atmospheric quality of the city center. We proposed to change the programming for one hour per day during the 120 days of the show. We toyed with the the double meaning of the term “ambient music,” which describes both the kind of acoustic wallpaper (Muzak) but also the totality of environmental sounds produced by a given site. We assembled a ambient sound library (water sounds, harbor, skateboarders, shopping trolleys, air condition devices, birds etc.) and together with Robert Henke (Monolake) we wrote a computer program which generated a new mix every evening. At the beginning, the existing soundscape was merely reproduced. As the piece progressed, the ambient sounds were gradually modified by introducing rhythmic and melodic patterns.